What is Project Aware?

Aware Shark project in Koh Lanta. Project Aware is a partner of PADI that is responding to the threats of our oceans for over 25 years. Together with their partners and global communities like Green Star Award Eco Phoenix Divers Koh Lanta, they have been successfully helping our oceans and marine creatures. Their actions protect the most vulnerable marine species and decrease pollution.

As the advocates of our planet, we have teamed up with Project Aware to spread the awareness of sharks, corals as well as diving against debris.

Would you like to learn more about Shark when diving in Thailand? Their value in the ecosystem and how to protect them? You are in the right place! Join our Project Aware Shark Conservation Course! We will spot Leopard (or Zebra) Shark, Reef Blacktip Shark and with a bit of luck, Whale Shark.

Is there any shark when diving from Koh Lanta?

Koh Lanta has a growing population of sharks. Some of the sharks that you can spot here are Reef Blacktip, Leopard or Zebra Sharks, Guitar Sharks and Whale Sharks. It’s not very rare to see these species around here. However, as everywhere around the world, the shark populations are declining drastically. With the PADI Aware Shark Conservation Course, we want to teach you why there is a decline in the numbers and what can you do to help us stop it.

This course requires two dives and a classroom session.
The first dive may credit as an Adventure Dive toward your Advanced Open Water Diver certification!

After completion of this diving course you will understand how to manage threats to sharks, what actions you can take to protect these vulnerable species also during a dive, and the importance of a healthy shark population.

We normally go diving at Hin Bida and Koh Bida Nok for this course. Since there the chance to see respectively Leopard Sharks and Black Tip Sharks are the best, almost guaranteed. Whale Shark on Koh Lanta? Finger crossed, it might be behind you everywhere!

SHARK SPECIES PRESENT IN OUR DIVE SITES IN THAILAND 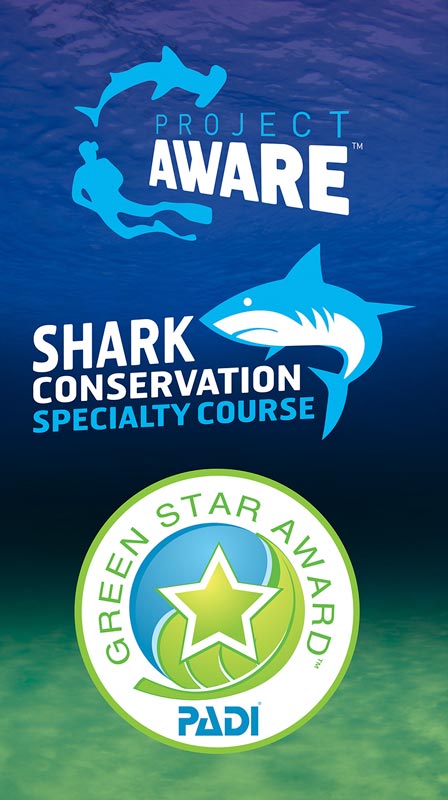 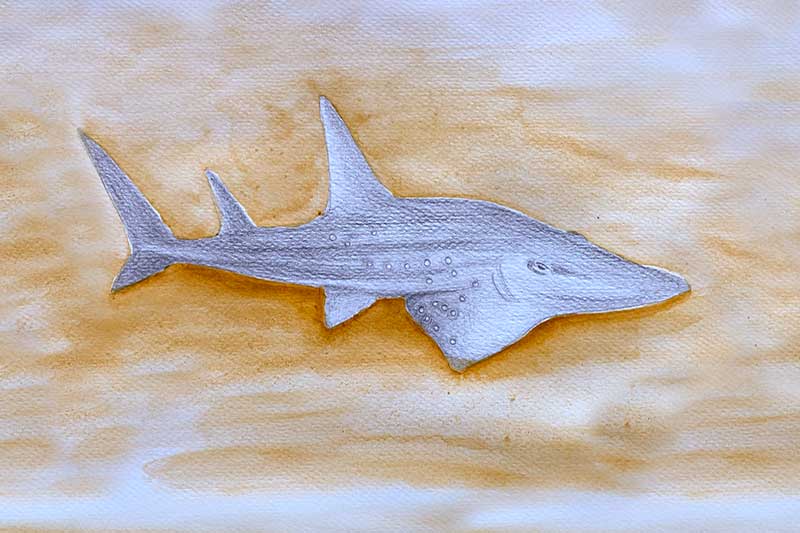 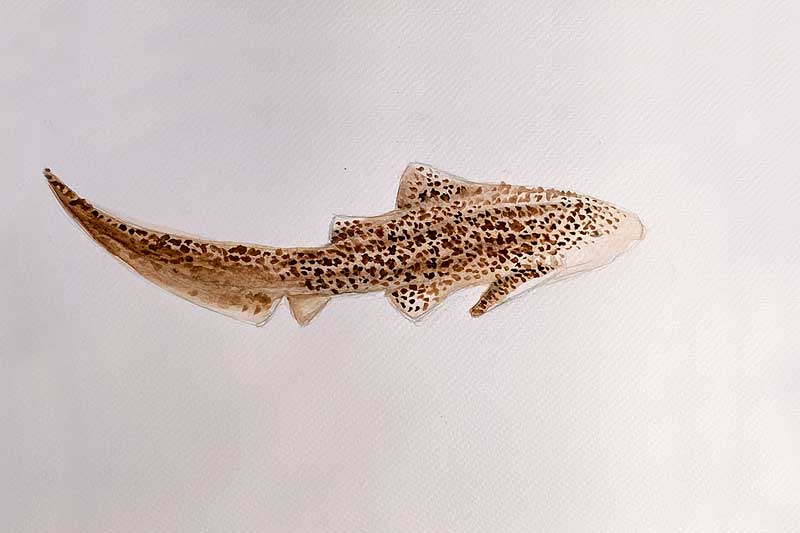 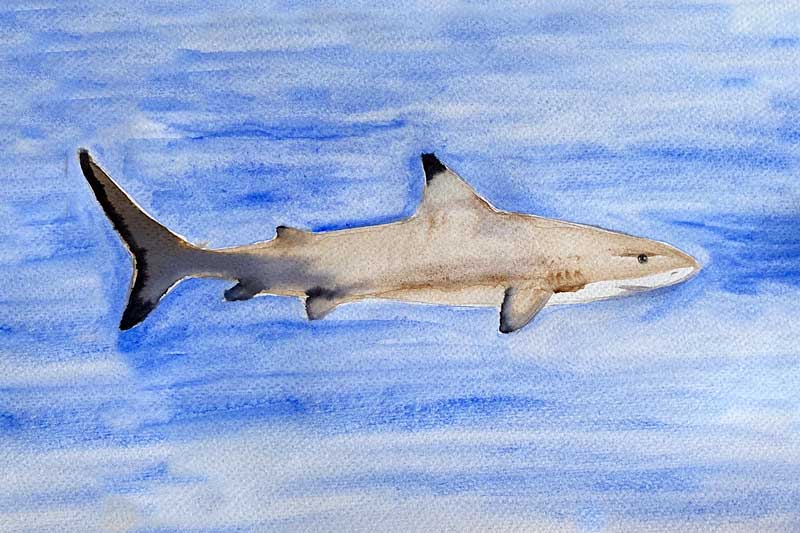 The drawings you see on this page are made by one of our DM. Sounds funny, this Conservation Program is not a kids drawing course but they were made for 2019 Shark Week. One of the Shark Project that we were involved. Thanks to our DM.