Shark Point Koh Lanta was given sanctuary status in 1992.

Shark Point derives its name from the Leopard and Bamboo Sharks that are frequently seen here and the sheer density and diversity of coral and fish life makes for a wonderful diving experience.

The most recognizable features of this dive site are the profusions of purple and pink soft corals that cling to pinnacles and the huge gorgonian fans and barrel sponges on the reef and in the sandy area between the pinnacles.

Despite that, we do no often go to this diving site from Ko Lanta because we prefer the better visibility of scuba diving location closer to us as Koh Haa or Koh bida Nok, where you might also snorkel with your family or, why not, freedive! 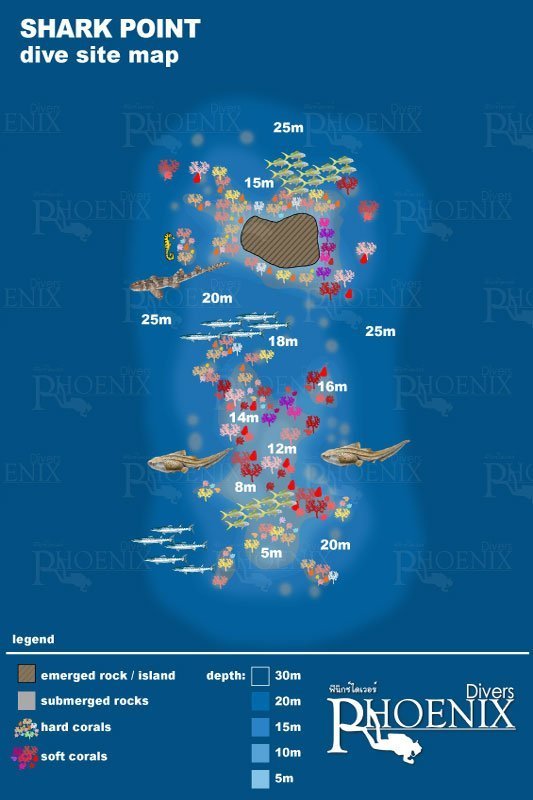